How important is Google+?

You are here: Home / Blog / How important is Google+?

Google+, on paper anyway, is the world’s second largest social network after 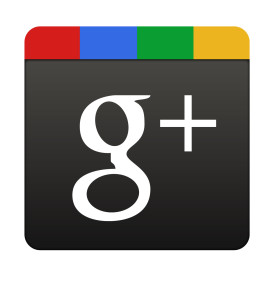 Facebook. And while Facebook’s user-ship now tops one billion, G+’s remains considerably lower than that at around 500 million.

Certainly this number is nothing to balk at, but it’s undoubtedly true that a great many of Google+’s 500 million users have accounts merely because they were issued them after they signed up for another Google service like Gmail or YouTube.

But that said, there are indications that engagement amongst Google+’s user-base is growing.

Of the site’s 500 million+ current users it’s estimated that about 359 million members are actually active on the site, representing a 27% increase from just three months ago.

Google+ also includes a number of standout features that further distinguish it from being just a poor man’s version of Facebook.

A top-quality video chat platform that costs nothing, Hangout allows you to hold video chat sessions with an unlimited number of people right from your Google+ account. No downloads are necessary to use Hangout and it can be launched from your Gmail account as well as from your G+ page. Hangouts can be broadcast in real time and saved to your YouTube channel. Hangout enables you to slide share, collaborate with colleagues and clients, or broadcast events and interviews.

Although they’re often among Google+’s more maligned features, Circles are in fact an incredibly easy and convenient means of content sharing. Every time you add a contact on G+ you can assign them to a particular circle – such as family, friends, co-workers, etc. So unlike on Facebook, where sharing something means potentially sharing it with your entire followership (including parents, relatives, etc.), Circles enable you to share selectively.

Joining different circles can also be something akin to joining a LinkedIn group; an effective means of tapping into communities of experts and joining conversations. Circles are a particularly valuable tool for marketers in that when someone “circles” or follows you, they’re effectively granting you permission to send them email.

Google+ communities can be broken down into two types: public and private. This feature makes it possible to form groups around particular interests, or even brands. And unlike on Facebook, you can join a Google+ community as a brand, allowing you to readily interact with influencers and experts, as well as current and potential customers.

Another of Google+’s major advantages is that it facilitates easier integration across all of Google’s other platforms and services. YouTube, Google Search, and Gmail, can all be seamlessly integrated with Plus. Google+ facilitates much better control than Facebook, in terms of who can see the content you share.

The service just turned two years old and there are still a lot of things about it that could be better. It’s not easy to set up and the metrics about how many people are actually using it remain dubious.

So while it remains to be seen whether or not Google+ is really the sleeping giant of the web that’s about to awaken, it’s certain that rumors of its impending death have been greatly exaggerated.